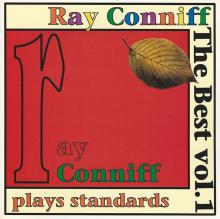 This disc contains mostly "big band" instrumental tracks from Ray's early albums. The exceptions are "My Favorite Things" with the singers and "In The Mood" which has a more contemporary sound.

The disc features liner notes and track notes in Japanese.

Sony could have been much more creative with this compilation. Perhaps they were in a rush to push out product in time for Ray's Japan tour. They started the disc with half the tracks from 's Wonderful and then include a few from other early instrumental albums. Then they throw in My Favorite Things featuring the Singers which seems very out of place in an otherwise all instrumental compilation. The more contemporary sound of 1974's In The Mood also leaves the disc a bit unbalanced.

One bright spot is Where Or When which includes the first beat which was missing from nearly all other reissues of that recording.