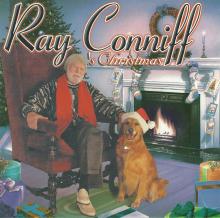 This album was released in Brazil in November 1999 (Abril Music). Lyrics to the songs were included in the liner notes but are not reproduced here.

Arranged, Produced, and Conducted by Ray Conniff
Project Coordinator Claudio Rabello
Recorded and mixed July 19 to August 1, 1999 at O'Henry Sound Studios, Burbank, California.
A Sony state of the art 48 track digital tape recorded was used together with a custom API console.
The sound engineers were Dick Bogert and his assistant Jeff Shannon.
Ray Conniff was the arranger, producer, and conductor of the recordings.
The recording sessions were supervised by Perry La Marca.
Trombone solos were played by Ray Conniff.
Keyboard overdubs were by Ray and Perry La Marca.
This album was mastered at Bernie Grundman Studios in Hollywood, California by Chris Bellman.

A note from Ray:

It was wonderful working with 25 singers again on this Christmas album. I just wish everyone who listens to this album could have stood beside me on the conducting podium in front of the 25 singers. It was truly a great thrilling experience.