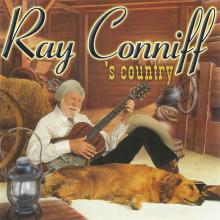 This album was released in Brazil in August 1999 (Abril Music 5208001-2). It was released in Germany in April 2001 but with slightly altered cover graphics and missing many of the notes below (Memo Music MM 6004).

Recorded and mixed July 19 to August 1, 1999 at O'Henry Sound Studios, Burbank, California. A Sony state of the art 48 track digital tape recorder was used together with a custom API console. The sound engineers were Dick Bogert and his assistants Jeff Shannon and James Stone. Ray Conniff was the arranger, producer, and conductor of the recordings. The recording sessions were supervised by Perry La Marca. Trombone solos were played by Ray himself.

A note from Ray:

The singers musicians and I had a lot of fun recording these Brazilian country songs.
I hope you will have fun listening to them.