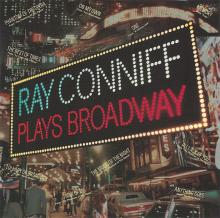 On My Own, One, All I Ask Of You, Memory, The Music Of The Night, and Think Of Me were recorded with a 25 voice chorus.
The Phantom of the Opera, Lullaby Of Broadway, The Best of Times and Anything Goes were recorded with 8 singers and 18 musicians.

Released in the U.S. by both Discos CBS International and Sony Music (but without the back cover photos). The European CD included the back cover artwork.