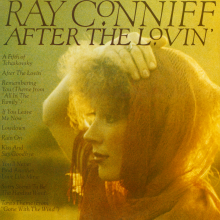 "Remembering You" (Closing Theme from "All In The Family" TV Show) was recorded during the sessions for Theme From S.W.A.T. and Other T.V. Themes. Ray re-recorded it in 1979 for the television show Archie Bunker's Place.

In Japan, this album was released with a different cover photo (CBS/Sony 25AP 365), included the bonus track "Feelings" (from Love Will Keep Us Together) and featured a photo of Ray's family: